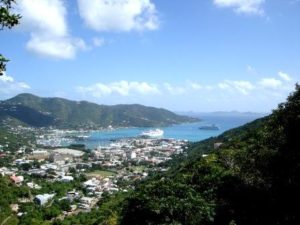 The most commonly used company in the middle east region (and probably in the world), is the BVI Company.

The British Virgin Islands are a British dependency located in the Eastern Caribbean, about 80 kilometres East of Puerto Rico. English is the official language and the official currency is the United States Dollar. The Government is stable and promises to remain that way. There is good commercial and professional infrastructure and the Government is actively encouraging the development of the offshore finance business and has now upgraded the Companies Registry by installing state of the art technology.

The International Business Companies Act was passed in 1984 and created the International Business Company (IBC) which became the preferred offshore company vehicle. In recent years the BVI has become extremely popular, particularly in the Far East region, due to the extensive marketing of the jurisdiction particularly by lawyers who moved from Panama during the Noriega regime and set up offices in the BVI. The BVI Business Companies Act 2004 has now superceded and updated the IBC Act.

The BVI company is also one of the cheapest and most straightforward entities. No annual returns or accounts are required to be filed, and the company can be used (and is being used) to buy and hold many assets in the Gulf region.

They are recognized by all international banks and finance houses, and are seen as the first choice for an “asset holding vehicle”.

For more information, please email us and request the “BVI info sheet”.