The economy of Cyprus can generally be characterised as small, open and dynamic, with services constituting its engine power. Since the accession of the country to the European Union on 1st of May 2004, its economy has undergone significant economic and structural reforms that have transformed the economic landscape. Ιnterest rates have been liberalised, while price controls and investment restrictions have been lifted with a full liberalisation of the foreign direct investment regime in Cyprus. Moreover, other wide-ranging structural reforms have been promoted, covering the areas of competition, the financial sector and the enterprise sector.

The services sector is the fastest growing area and accounted for about 80,5% of GDP in 2011. This development reflects the gradual restructuring of the Cypriot economy from an exporter of minerals and agricultural products in the period 1961-73 and an exporter of manufactured goods in the latter part of the 1970s and the early part of the 80s, to an international tourist, business and services centre during the 1980s, 1990s and the 2000s. The secondary sector (manufacturing) accounted for around 17,1% of GDP in 2011. The primary sector (agriculture and fishing) is continuously shrinking and only reached 2,4% of GDP in 2011. 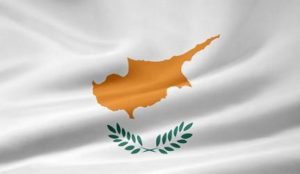 The economy of Cyprus is open, as shown by the share of total imports and exports to GDP being around 90% in 2011. The major trading partners of Cyprus are the EU member-states, especially Greece and the United Kingdom.

The private sector, which is dominated by small and medium-sized enterprises, has a leading role in the production process. On the other hand, the government’s role is mainly to support the private sector and regulate the markets in order to maintain conditions of macroeconomic stability and a favourable business climate, via the creation of the necessary legal and institutional framework and secure conditions of fair competition.

During the last years, Cyprus has exhibited rising living standards, as shown by the high level of real convergence with the EU. The per capita GDP stood at around 99% of the average for the EU27 in 2010.

Cyprus is ideally suited for international business due to the many benefits it has to offer. Its geographic location and excellent commercial infrastructure coupled with numerous tax incentives are among the factors, that have assisted Cyprus towards becoming an important International Business Center.