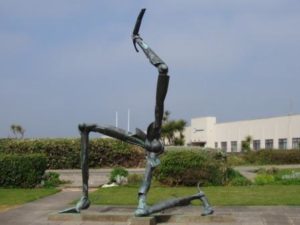 The Isle of Man Companies Act 2006 introduced a new simplified corporate vehicle into Manx Law and provided a streamlined process for setting up and running a company in the Isle of Man and complements the zero rate company tax strategy introduced on the Island earlier that year.

The New Manx Vehicle (NMV) is based on the concept of the international business company (IBC) model and is fully in line with recognised benchmarks. It is introduced and will sit alongside existing Isle of Man Companies Acts and companies formed under those previous acts (now to be called 1931 Act companies) will continue to be registered under those laws but are permitted to convert to 2006 Act companies if preferred in the future.

NMVs bring greater flexibility of use with simplified reporting requirements. There is no longer any need for individual directors and no requirement for authorised capital or capital maintenance requirements.

The Act has been designed for a range of corporate transactions and is likely to be particularly useful for public offerings, securitisations, asset and project finance.

The IOM aircraft registry has become an outstanding great success since its launch in 2007 and aims soon to overtake the UK in terms of size. An aircraft is only eligible to be registered in the Island if it is for private or corporate use. Contact us further details.

The Manx Register is part of the British Register and is another success story attracting many super yachts for registration. Manx Registered Yachts are British Ships. They are however under the separate jurisdiction of the Isle of Man Marine Administration. The British Red Ensign is the flag normally flown by a Manx yacht. Our local office or RAY (www.RegisteraYacht.com.com ) can assist further.

The Island is also a popular and growing jurisdiction for offshore gaming companies and the Government actively encourages the development of gambling and e-gaming business on the Island. It remains committed to delivering a stable government with a strong regulatory environment supported by a wide range of attractive business benefits. There are now many major gaming companies based on the Island. The Gambling Supervision Commission (GSC) aim to turn around applications within three/four months which compares very favourably with alternative jurisdictions. Back-up services, in particular bandwidth, are excellent.

An LLC has corporate form and personality but is categorised as a partnership under the tax legislation of many countries. As such, the LLC is not separately taxable but rather its income is taken to flow through to its members who are taxed as though they had received the income directly.

The Isle of Man LLC is a low profile zero tax company which enjoys the protection and privileges afforded by the Isle of Man legal system, which operates on the principles of common law.

LIMITED PARTNERSHIPS can also be registered and bring similar advantages.

6. THE ISLE OF MAN CHARITABLE FOUNDATION

In 2008, the Isle of Man Government updated his charity legislation and now offers an attractive solution for those wishing to set up a charitable foundation. These can be set up as a company limited by guarantee with its statutes permitting a donations committee to be put in place to guide the directors on the preferred charitable donations.

Charities are registered and approved with the initial funding coming from a named donor. This donor and the charity deed must be approved by the Isle of Man Attorney General. There can be no solicitation for donation can be made to the public and all meetings must be held in the Island by local directors. A local Corporate Service Provider must also agree to act and be registered with the Attorney General as a ‘responsible person’ in respect of the charity and audited accounts must be prepared and submitted each year (although they are not filed on public record).

The charity like other IOM companies can benefit from the 0% company tax rate.