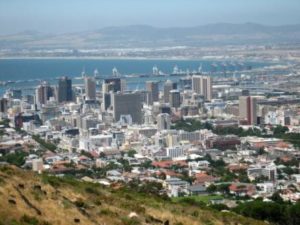 Whilst SA Reserve Bank or Exchange Control Restrictions (EXCON) are still very much a concern, there is a slow but definite tendency to erode this concept and make it more possible for South Africans to invest abroad. Furthermore, South Africa has signed a numerous amount of double taxation treaties which open the gateway for several tax planning opportunities. For those intending to emigrate from South Africa, careful planning could avoid their estates being brought into the tax net of the new home country.

We are able to assist with the incorporation of South African companies and trusts efficiently. A dual system for the taxation of companies exists in South Africa, one part being on taxable income and the other on distributed profits. The tax is levied as follows:

If the branch of a foreign company establishes a place of business or owns immovable property in South Africa, it is regarded as an “external company”, and must be registered as such, which process we can assist with.

South Africa is ideally suited to serve as a base for investment into Africa. As South Africa has concluded more than 60 double taxation treaties worldwide, many with African countries, it is thus perceived as a natural holding company gateway into Africa.

Pursuant to the requirement to entice foreign multinationals to use South Africa as an entry point into investment into Africa, a number of more relaxed tax rules have recently been introduced. In particular, it is proposed that the following exemptions will apply to a so-called qualifying holding company:

Substantial tax advantages may be gained by purchasing South African property through a company. In summary, these are as follows:

Careful consideration must be taken when investing into South Africa. Estate duty and EXCON are two foremost issues. The restrictions that EXCON places on non-residents are essentially of a bureaucratic nature but nevertheless need to be catered for. Also capital introduced into the country after 1 July 1997, may be repatriated at any time but proof thereof will have to be shown. The difficulty with EXCON is that rules are constantly changing and it is only local banks that receive formal notification of these changes.

Investment may be by share capital or share and loan capital only. Where a portion of the investment is in loan capital, EXCON approval is required. The interest on a loan from the holding company is remittable provided that the rate of interest is market related and most importantly is exempt from tax when received by non-residents. Another rule that deserves particular mention is that certain local borrowing restrictions apply to South African companies which are more than 75 % foreign owned. In the case of a wholly-owned subsidiary of a foreign company (and a branch of a foreign company), the maximum local borrowing allowed is an amount equal to 100 % of owner’s funds.

One needs to be aware of the local issues so that proper structuring and appropriate agreements can be drawn up to ensure that local investments are still protected offshore.